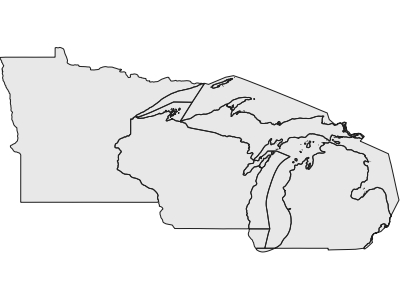 As in the first example, this image was generated by linking the source of the <img> tag to this URL: https://demo.mapserver.org/cgi-bin/mapserv?map=/mapserver/apps/tutorial/htdocs/example1-2.map&layer=states_poly&layer=states_line&mode=map. This is how most of the examples in this section work.

Anyway, you’ll notice that the map here is the same as the first example. Yes, but the mapfile is different. Have a look.

Here we split the original layer into two layers. The first layer is still a polygon layer but the STYLE object no longer has OUTLINECOLOR, such as:

So, why do it this way?¶